while being investigated by school administrators.

Daniel Mertens, who occupies both positions, was put on leave by LRSC president Doug Darling on October 29, “pending a review of the information brought to the attention of the college,” according to a statement. from school. In accordance with school policy, LRSC administrators did not explain why Mertens was put on leave.

Mertens has been cited or investigated by the school in the past. The Grand Forks Herald, through state open case laws, requested a series of documents from LRSC, which showed three incidents involving Mertens or the athletic programs he oversees as athletic director.

In July 2017, Mertens served an unpaid three-day suspension alongside then-director of student services Stephanie Shock after an investigation found they failed to report an inappropriate relationship between then softball coach Ben Morris and a student. Morris’s contract was made at the end of June of that year and he was not offered another. Brigitte Greywater, head volleyball coach at the time, received a written reprimand for the incident.

In an official suspension notice to Mertens, Lloyd Halvorson, vice president of academic and student affairs, said Mertens’ actions were “significantly insufficient” to report the relationship. Mertens was Morris’s supervisor at the time.

“Your failure to report the required information and the resulting adverse effects on the student are not acceptable,” Halvorson wrote in 2017.

Another complaint against Mertens alleged that he made sexist or racist remarks about minorities, although an investigation between 2017 and 2018 found there was insufficient evidence behind the claim. The complaint was brought by Jessica Ramey-Gillian, a former college student, who told an executive assistant she overheard Mertens making such comments in front of Daniel Johnson, a math teacher at the school. Ramey-Gillian then filed the same complaint with the Chancellor of the North Dakota University System.

According to a memo describing the investigation, Doug Darling, chairman of LRSC, met with Mertens and Johnson to discuss the complaint in November 2017. Mertens denied using such language, and Johnson said “he had not heard Mertens talk about minorities in an unacceptable way. . “

Darling also met with Ramey-Gillian, who was unable to give specific examples of the language Mertens allegedly used, dates or times this might have happened, or other witnesses who might have been present. , according to the report.

“Regarding Coach Mertens, I find insufficient evidence to conclude that he did or said anything inappropriate,” Halvorson wrote in January 2018. “The allegation itself is somewhat incomplete and too vague by leaving out what was said exactly, where it was said and when was said.

Another, more recent, athletic-related incident occurred at LRSC earlier this school year. In August, LRSC students attending a volleyball match against Trinity Bible College allegedly harassed players on the opposing team, to the point that a parent filed a complaint. The student behavior included “growling, barking and mooing” at players at Trinity Bible College, and was directed specifically at girls based on their height and ethnicity, according to an email from Halvorson to Mertens and Jared Marshall. , head coach of male basketball.

Halvorson asked the coaches to assign a supervisor to the student section for home sporting events and told them to take steps to ensure that such behavior is not repeated. According to Halvorson’s email, the coaches previously said that a strict crackdown on such behavior would prevent students from attending the games, and that LRSC students face such behavior when they visit. other schools. Halvorson said these reasons do not “warrant rude and tasteless behavior” and coaches need to take action.

“The LRSC’s expectation of what is and is not acceptable is not open to negotiation,” Halvorson wrote. “You have to understand that this is the last warning and the last conversation we will have on this subject.”

By email, Mertens apologized to the mother who complained about the students’ behavior. 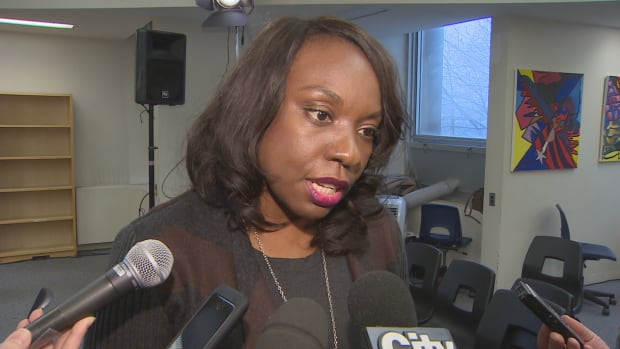